In1918, carpenter Martin Entstrasser (my grandfather) acquired the Badhaus estate and relocated from St. Johann in Tirol to Kitzbühel. His intention was to open a wood transportation company. Numerous ferrous sources issued from the estate, hence the name "Eisenbad" ("Eisen" meaning iron). As early as the 19th century, a bathhouse with ferrous curative water was operated here for refreshment in the summer. This building (the building next door to us, owned by my brother Martin) is still there and today it contains a bank as well as a few apartments.

Over time, the main business consisted of a transportation company (wood transportation) offering also coach journeys. At the age of just 18, my father Martin Entstrasser sat his bus driving test. In further consequence, he drove the first post bus route from Kitzbühel via the Badhaus to Jochberg Wald. Later, the company was transferred from goods transportation to taxi and bus outing trips.
With the emerging tourism in Kitzbühel, a decision was made in the 1950s to offer guest rooms in Badhaus.

Taxi and outing trips flourished and an increasing number of tourists discovered the beautiful town of Kitzbühel. There was a steady rise in demand for guest rooms. Therefore, my father and my mother Annegret decided to build a bed and breakfast (today the Hotel Garni Entstrasser) close by. In 1972, construction was begun. At that time, all rooms already had a shower and a WC, a cable TV connection and a balcony. From the beginning, the in-house indoor swimming pool was also planned, which is fed by the "Eisenbad" deep-well source.

At the turn of the millennium, my parents handed over the bus and taxi company and the Badhaus to my brother Martin. They gave the bed and breakfast to me.
Today, I look after it together with my mother Annegret and my sister Bettina. Together, we do everything to ensure you can have a nice stay in Kitzbühel in our small, family-run hotel. 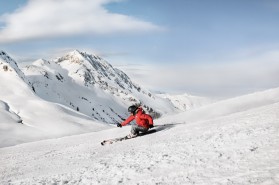 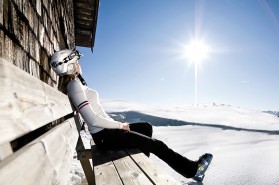